A smart toothbrush that forms nanoparticles for brushing is introduced

The toothbrush consists of billions of nanoparticles that shape the bristles to fit the wearer's teeth. By using the smart toothbrush, you no longer need to exert any effort to brush your teeth. A large number of nanoparticles activated by a magnet replace not the bristles of toothbrushes, and also kill bacteria at the same level as antibacterial toothpaste. The nanoparticles used in the invention are in the form of metal balls that start to move when interacting with the electromagnetic field. 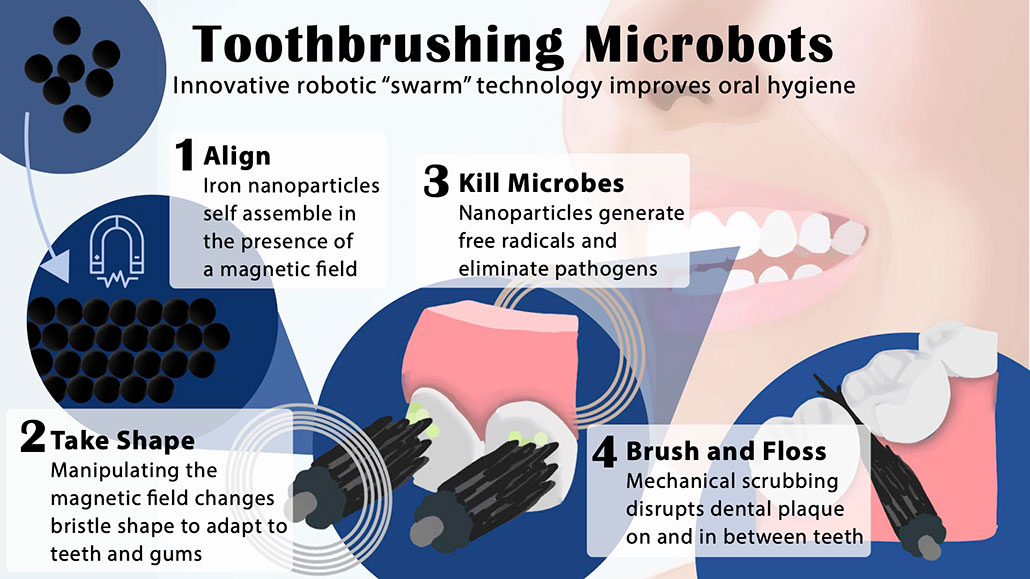 When a tooth is in the way, these bristles can't extend as far as they want to. That's why they press against the surface of the tooth. If there is a gap between the teeth, they push into it. Moving the magnets causes the bristles to move toward and between the teeth. This movement destroys plaque.

Despite a working prototype, the device is not yet ready to reach the mass consumer. Researchers are working on the safety of the device, passing all medical tests, and obtaining approvals from the relevant regulatory agencies. 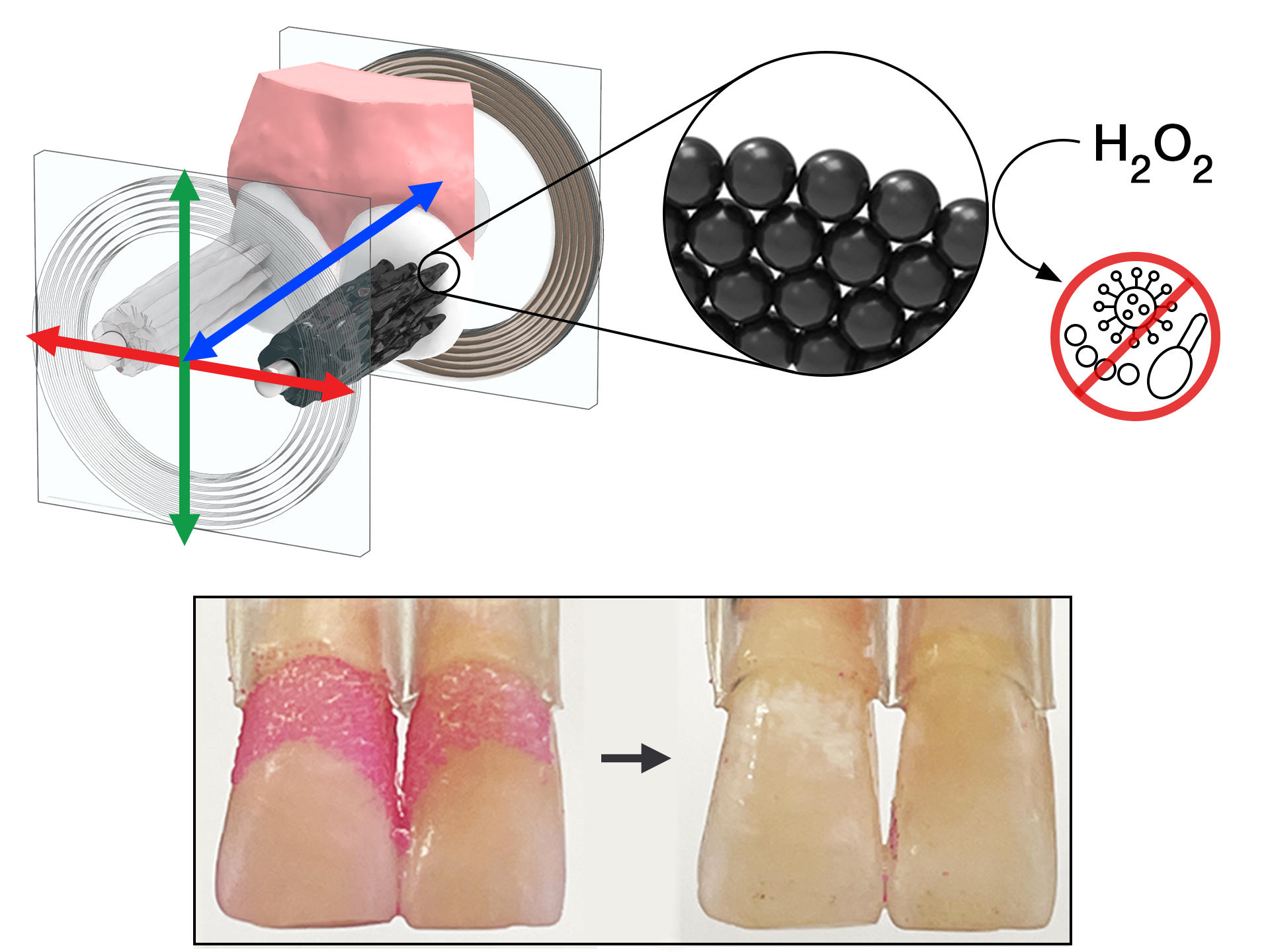 Although two scientists had very different goals and methods of development, they both used the same nanoparticles. Steger used them to create moveable structures, and Ku used them for the antibacterial effect of using a smart brush.

One day, a colleague, who was aware of both scientists' projects, said they should discuss their projects over coffee. That's how the smart antibacterial brush project came about.

An invention is just proof that the concept works. Scientists still have a long way to go to turn it into a working device for the masses.