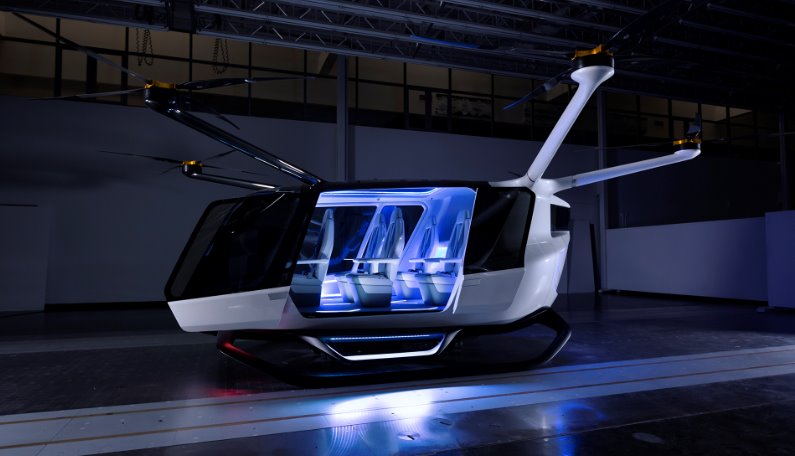 Alaka Technologies has introduced a vertical takeoff and landing air taxi powered by a hydrogen fuel cell, which effectively solves the problem of aircraft battery energy density. Thanks to the fuel cell, the air taxi has a range of up to 600 kilometers and a flight duration of up to four hours, and can take up to five people on board.

Hydrogen is a controversial fuel for cars, but in aviation, hydrogen cells easily outperform traditional batteries in competitive races This is because modern lithium batteries have a low energy density, and this drastically reduces the possible power reserve of the device. The hydrogen drive is almost ten times more productive and the device is quickly refueled. Although refueling requires transportation and storage infrastructure, this problem is easier to solve in a centralized model, like in the aviation industry than when building refueling stations for cars on a road network.

Alaka Technologies from Massachusetts has been working on a hydrogen-air taxi project for four years and finally presented a prototype in California. The developers have an investor, and their vehicle has gone through all the tests and prototype stages. Now, it is certified by the Federal Aviation Administration. To sum up, the Alaka Skai project is worth watching. The prototype seems convincing, and the range is impressive compared to battery-powered air taxis, so this device has the potential to become a commercially profitable air transport.