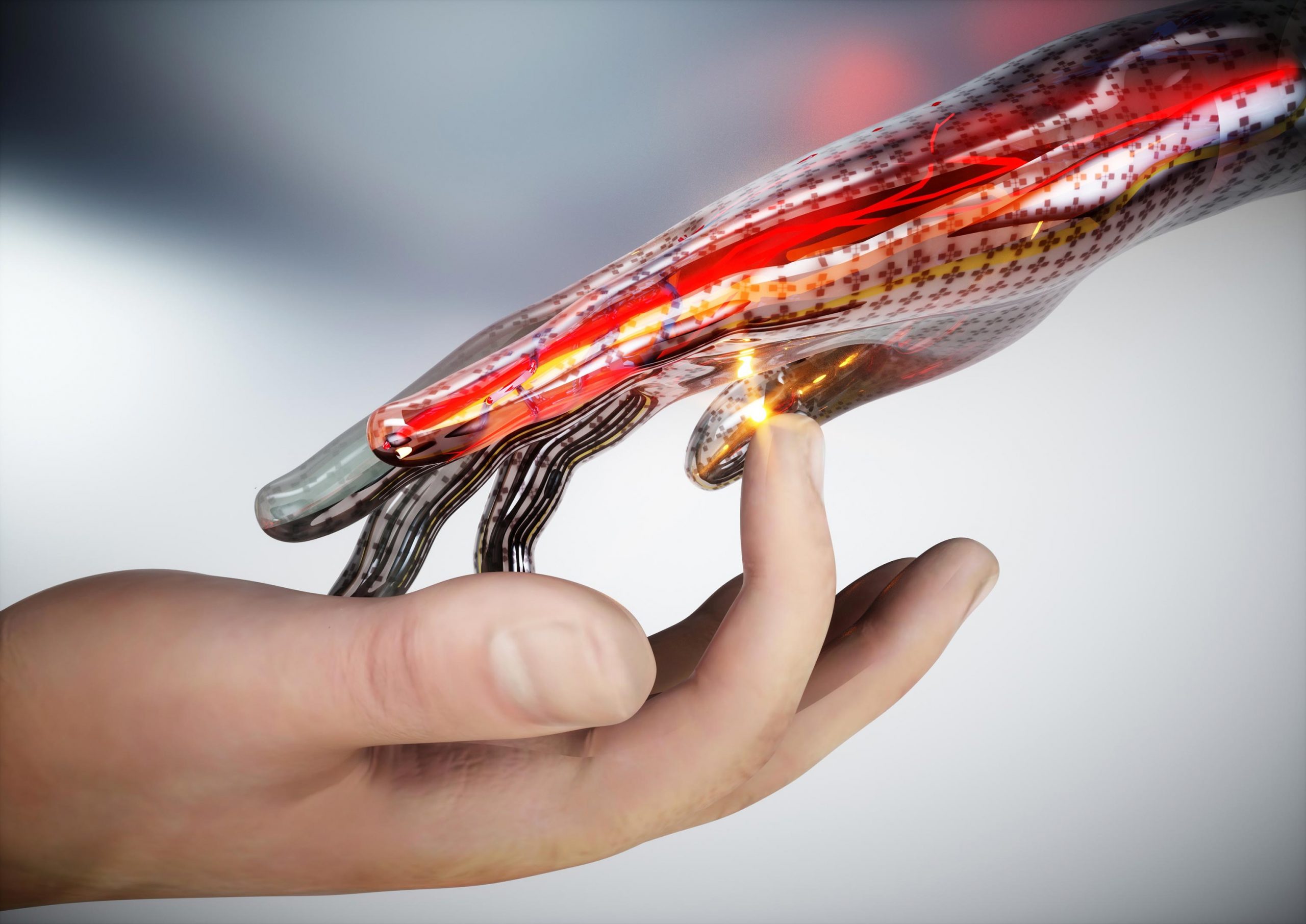 Electronic Skin may bring Sensitivity to Prosthetics and Robots

Scientists at the Royal Melbourne Institute of Technology (RMIT) have unveiled the results of their research on the creation of artificial electronic skin. Known as "E-skin," this artificial skin is able to react to pain, just like real skin. According to scientists, this breakthrough opens the way to better prosthetics, smarter robotics, and non-invasive alternatives to skin grafts.

Advanced Science News has reported on the results of the research. At this stage, the researchers claim that only a prototype has been developed. However, the prototype device can react to painful sensations with the same lighting speed that nerve signals travel to the brain.

According to Madhu Bhaskaran, Professor and Lead Research Professor at RMIT, the development of a new pain-sensing electronic device was a significant advancement towards next-generation biomedical technologies and intelligent robotics.

As well as the pain-sensing prototype, the research team has developed ultra-thin electronic sensors using stretchable electronics that can sense and respond to changes in temperature and pressure.

The new E-skin combines the following three technologies previously pioneered and patented by the team: Stretchable electronics: combining oxide materials with biocompatible silicone to deliver transparent, unbreakable, and wearable electronics as thin as a sticker. Temperate-reactive coatings: self-modifying coatings 1,000 times thinner than a human hair based on a material that transforms in response to heat. Brain-mimicking memory: electronic memory cells that imitate how the brain uses long-term memory to recall and retain previous information.

Madhu Bhaskaran hopes that in the future, the stretchable E-skin could be used to manufacture non-invasive skin grafts, where the traditional approach is not viable.

"We need further development to integrate this technology into biomedical applications, but the fundamentals – biocompatibility, skin-like stretchability – are already there," Bhaskaran said.

Many other specialists also agree that the E-skin could be a skin-graft option for patients with severe burns or aid the production of next-generation, realistic prosthesis in the future. This would help patients recover faster and lead a fuller and healthier life since they would be able to "feel" some form of sensation and pain if the prosthesis was damaged.

Despite this, a few experts say that it's still too early to claim that an exact equivalent of living skin has been invented. For instance, the presented prototypes have a trigger threshold that can only send two types of signals, such as "it hurts" and "it does not hurt." Therefore, it's likely that artificial electronic skin will only be used in robotics at this stage. However, this could still provide robots with the ability to respond to and avoid dangerous environmental conditions.