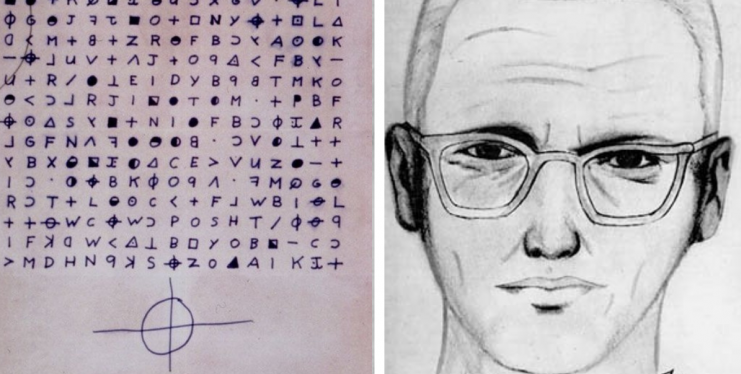 Programmers Unravel another Zodiac Killer Cipher Half a Century Later

An international team of decoders, including experts from the United States, Australia, and Belgium, were able to unravel 340 Cipher—one of the most vexing codes of the infamous Zodiac Killer.  The Zodiac Killer was active during the 1960s in California. Despite sending encrypted messages about himself to newspaper editorial offices for his own amusement, he was never arrested or identified. In one message, he claimed to have killed 37 people. However, the US police officially confirmed only seven cases with his involvement.

The 340 Cipher is now 51 years old and was sent to the "San Francisco Chronicle," an American newspaper in 1969. The message decoded reads as follows: "I hope you are having lots of fun trying to catch me. It wasn't me on that TV show. I am not afraid of the gas chamber because it will send me to paradise all the sooner because I now have enough slaves to work for me. They are afraid of death, but I am not."

The TV show mentioned refers to a live episode of The Jim Dunbar TV Show. On October 22nd, 1969, during the broadcast, an unknown caller phoned in and introduced himself as the Zodiac. However, two weeks after the show, 340 Cipher, named for the number of characters it contains, was sent by the real Zodiac Killer as a text message.

While working on the cipher, the team had hoped that the killer would reveal his name in the text. Programmer David Oranchak, one of the researchers, has been working on this particular Zodiac Killer cipher for almost 15 years. David wanted to create a program to decipher the message, but attempts were unsuccessful. He even set up a website specifically to gather information on the Zodiac Killer's ciphers.

Another member of the group, Programmer Jarl Van Eycke, created a tool called "AZdecrypt" that allowed him to set the world record for decrypting bigrams. Sam Blake identified and collected information concerning the changes within the cipher, which ultimately turned out to be the key to crack the code. By running the cipher through AZdecrypt, the team found that there were about 650,000 possible readings of the cipher. Then, the programmers began to analyze the most likely scenarios.

The solution to most ciphers, including the 408 Cipher unraveled in 1969, consists mainly of figuring out which letters are represented by certain symbols. The meaning of certain symbols is consistent with the most recent decoding of 340 Cipher.

In his first letter, the killer wrote that he killed people in order to "collect slaves" who could serve him during his afterlife in "paradise." The Zodiac included the same pattern in the 340 Cipher, using the words "paradise" and "slaves."

In the 340 Cipher, words were lined up diagonally downward, sometimes shifting to the side along the column. Similar patterns could be found within the ciphers of the American military leaders of the 1950s, Oranchak said.

Nevertheless, two messages of the Zodiac remain unsolved. It is alleged that one of them contains the killer's real name. However, due to the advancement of technology and the enthusiasm of researchers and programmers, we are closer than ever to reaching the truth and understanding what was the cause for the Zodiac Killer's actions. This same technology will ensure criminals are caught faster, lowering crime worldwide.