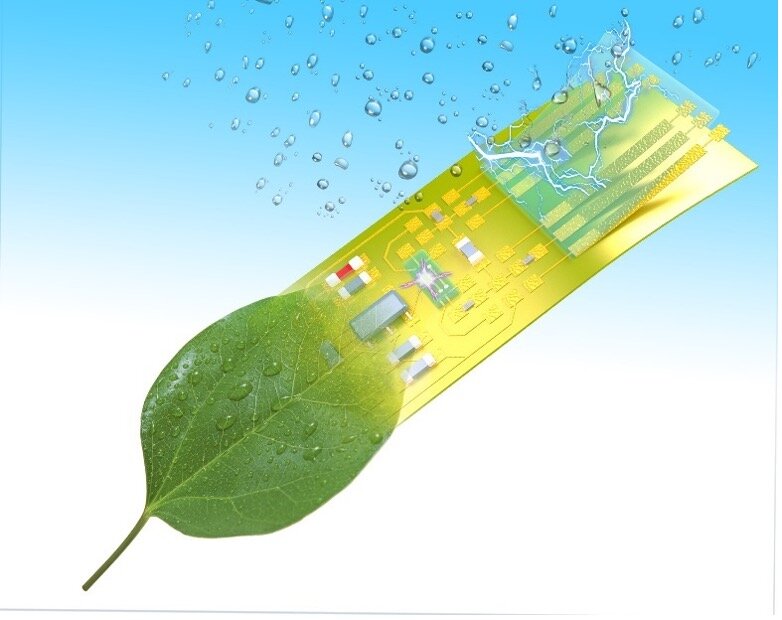 A team of scientists from the United States has developed an electronic microsystem that can intelligently respond to information without any external energy source, much like a self-autonomous living organism. The microsystem consists of two key components: electronics that can process ultralow electronic signals and a device that generates electricity "out of thin air." Both are made from protein nanowires.

This breakthrough happened in 2020 when a research team from the University of Massachusetts Amherst created an Air-Gen device that generates electricity from the environment and found that the device can work from almost anywhere in the world. In the same year, the team also found a way to make memristors that mimic brain computation and process ultralow electrical signals that match the biological signal amplitudes.

"Now we piece the two together," said Jun Yao, an assistant professor in electrical and computer engineering, who led the team with Derek R. Lovely, a Distinguished Professor in microbiology. "We make microsystems in which the electricity from Air-Gen is used to drive sensors and circuits constructed from protein-nanowire memristors. Now the electronic microsystem can get energy from the environment to support sensing and computation without the need for an external energy source (e.g., battery). It has full energy self-sustainability, and intelligence, just like the self-autonomy in a living organism."

The work demonstrates the possibility that one can fabricate a self-sustained intelligent microsystem in combination with artificial neurons in computation. It is particularly important that the protein memristors show stability and are amenable to further modification.