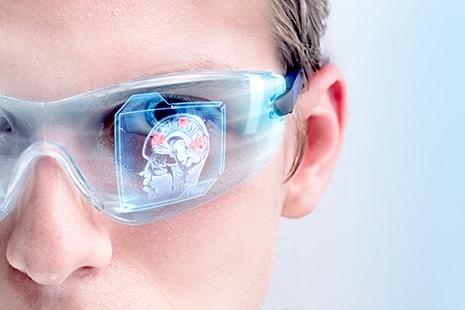 Smart Glasses Will Change The World

Mark Zuckerberg, the CEO of Facebook, predicts that smart glasses will be an effective tool against climate change, as the technology will allow people to "teleport" in the future. According to Zuckerberg, the AR headset will replace in-person meetings with virtual conferences and ultimately reduce unnecessary travel and climate change effects.

He added that the final version would include normal-looking e-glasses that can display content on the lenses along with the real world beyond."People are just going to want to maybe travel a little less in the future and do it more efficiently and be able to go places without having to take the travel or commute time," Mark Zuckerberg mentioned.

He explained that cars, planes, and other means of transportation would certainly remain. But the majority of travel that's inefficient and unnecessary could be replaced. According to his words, "the more that we can 'teleport' around, not only are we… eliminating commutes and stuff that's kind of a drag… but I think that's better for society and for the planet overall".

At the end of this year, the first pair of smart glasses should be released. However, they will not yet feature a virtual display. Instead, there will be a voice control system connected to a mobile phone.

Moreover, some additional features are still under development. For instance, researchers are working on creating more authentic audio specifically for augmented reality, in addition to technology that facilitates 'perceptual superpowers' and can automatically tune out background noise.

The benefits of "teleporting" via augmented or virtual reality are clear: reduction in travel time as well as reducing fossil fuel emissions that contribute to climate change. Furthermore, this technology could alter the very nature of the daily commute. By allowing employees to virtually join meetings or "teleport" into work when needed, people would be able to live wherever they want.